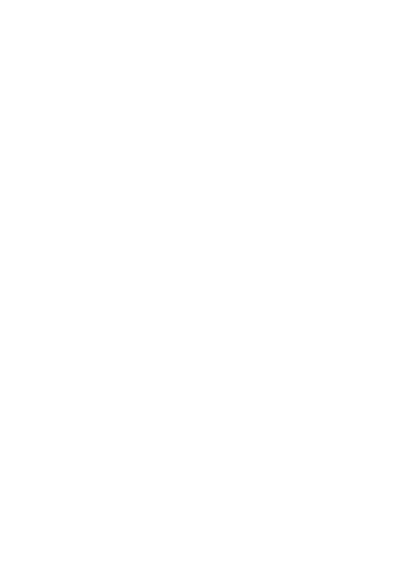 Aspect in the News: Nutrition Business Journal’s Top Deals of the Year – By Rodney Clark

San Francisco, CA — April 6, 2017 — Aspect Consumer Partners’ Rodney Clark highlights the Nutrition Business Journal’s top deals of 2016 in the article, Plants, drugs and drinks: Another healthy year for M&A in U.S. nutrition industry.  The article discusses the continuing themes that have been driving M&A within the Nutrition Industry and profiles the top deals of the year.  The article can be accessed on the NBJ’s website (click link above) and is excerpted below. Plants, drugs and drinks: Another healthy year for M&A in U.S. nutrition industry

Plants. Drugs. Drinks. In another year of historically high M&A activity within the U.S. nutrition industry, these three themes were the rationale behind the three largest transactions of the year—the acquisitions of WhiteWave Foods Company (plants), Capsugel (drugs) and Bai Brands (drinks). Put together, it adds up to almost $20 billion in total volume. And if you include the aggregate volume for the year across these three themes for other—albeit smaller—signature transactions, 2016 shapes up to be another banner year for the industry at almost $25 billion in aggregate volume for NBJ’s Top 10 Deals of the Year.

This high level of activity highlights the durability of M&A within the U.S. nutrition industry, which has continued at a healthy pace since the Great Recession and has been backed by the ever-increasing trend toward healthier diets and lifestyles. In the final analysis, while M&A is a strategic corporate decision regarding growth and expansion that is enabled by boardroom confidence and low-cost capital, it is actually end consumers that are driving the M&A market forward through their never-ending search for better tasting, healthier, convenient and responsibly manufactured and sourced products—foods, beverages, vitamins, supplements and other consumer packaged goods. This robust consumer demand is fueling strong industry and category growth and is propelling the industry forward. It is clear from the data that this should drive the M&A and investing markets within the industry for some time to come.

The signature deal of the year in 2016 has to be the pending acquisition by Danone, a French dairy company with a strong global presence, of WhiteWave Foods Company for approximately $12.5 billion. This transaction was announced in July 2016 and has yet to close due to regulatory concerns, but a recent announcement that Danone would divest of its Stonyfield Farms unit may now clear the way for U.S. Department of Justice approval of the deal and a speedy close to the transaction.

This transaction is significant in a number of ways. First, it ranks as the largest pure-play healthy foods transaction on record. The transaction also establishes for Danone one of the largest footprints in plant-based dairy alternatives (through the company’s Silk brand) as well as in the competing organic dairy segment (Horizon brand). This will solidify and almost double Danone’s presence within the U.S. and rank it among the top 15 U.S. food and beverage producers. Assuming a near-term 2017 closing, the combination will create a stronger competitor within the dairy, organic dairy and non-dairy, plant-based segments of the industry. Lastly, the transaction could have an effect on the overall M&A activity of the industry going forward. In acquiring WhiteWave, Danone could be taking out of the market one of the most active acquirers in the natural/organic industry in recent history—since 2013 WhiteWave has accounted for approximately $1.5 billion of the NBJ’s top transactions of the year, acquiring such companies as Vega, Earthbound Farms, Wallaby Yogurt and So Delicious. The question is whether WhiteWave will continue to make acquisitions under Danone ownership, and at what pace? Or are they effectively out of the market?

Absent from the M&A market in recent years—at least since Reckitt Benckiser’s acquisition of Schiff Nutrition in 2012 for approximately $1.5 billion—has been the large, multi-billion transaction in the vitamins, minerals and supplements segment. Thus, the announcement in December of the acquisition by Lonza Group of Capsugel for a whopping $5.5 billion (including debt) came as a welcome sign of activity within the VMS industry. This transaction will help to accelerate Lonza’s health-care strategy by creating a leading integrated solutions provider to the global pharma and consumer health-care industries—across development, formulation, delivery and manufacturing. This also appears to be a win for private equity firm KKR, which bought Capsugel in 2011 from Pfizer, Inc. for approximately $2.4 billion and then helped reposition the company for its ultimate sale. The transaction is expected to close Q2 of 2017.

One of the key trends in recent years has been the gobbling up by the large beverage players of smaller, high-growth companies and brands that have resonated with consumers and driven strong growth within the drinks category. Ready-to-drink teas and coconut water have seen significant activity in recent years. The most recent category to experience activity has been the functional/healthy beverage category, which includes drinks rich in antioxidants, probiotics and low in sugars and non-healthy ingredients. In line with this trend was the announcement by Dr. Pepper Snapple in November, after almost three years of success with a national distribution agreement and a minority investment in April 2016, of the acquisition of Bai Brands for a startling $1.7 billion. This acquisition will add approximately $425 million in net revenues in 2017 to the company’s non-soft drink lineup, which includes brands such as Body Armor, Vita Coco, Snapple and Neuro, and be slightly dilutive to earnings—highlighting that Dr. Pepper Snapple views the transaction as highly strategic.

In March of 2016, The Fresh Market Inc., a pioneer and once the darling of the specialty and organic grocery retail industry, announced it had agreed to be acquired by Apollo Management for roughly $1.4 billion. This announcement came as no surprise for a grocery retailer that, after a successful IPO in 2010 and a strong push to extend its store footprint out of its core geographies of the Mid-Atlantic, Northeast and Southeast, announced in late 2015 that it would “explore strategic alternatives,” which is code within the world of M&A for “up for sale.” The company was purchased by Apollo Global Management, one of the largest and most visible publicly traded private equity firms, which has strong experience in retail, most comparably as the owners of Sprout’s Farmers Market which it took public in 2013.

In June, Chinese food and industrial conglomerate Xiwang Foodstuffs Company Ltd. announced the acquisition of Iovate Health Sciences International for approximately $730 million. And while the transaction was initially billed as a “strategic investment” with the CEO maintaining a significant ownership in the business going forward, given the majority nature of the transaction it was clearly an acquisition by Xiwang Foodstuffs. This new partnership is expected to accelerate Iovate’s growth in China and provide the company with the resources for growth and expansion.

It finally happened! It was never a question of, “will it happen?” but rather more a question of, “when and by whom?” Speculation over that long-debated question was finally resolved with the announcement in September that Unilever would purchase Seventh Generation at a rumored $700 million. The transaction certainly is a strategic one for Unilever, which bolsters its natural, organic and sustainable credibility with the deal. But it also marks the last acquisition among the organic industry’s pioneering four horsemen—Ben & Jerry’s (acquired by Unilever for $326 million in 2000), Tom’s of Maine (acquired by Colgate Palmolive for $100 million in 2006), Burt’s Bees (acquired by Clorox for $925 million in 2007) and now Seventh Generation.

In April, Monster Beverage Corporation announced the acquisition of its long-time business partner and flavor house, American Fruits & Flavors, for approximately $690 million. The transaction is a highly strategic one for Monster, enabling it to vertically integrate its flavor supply chain and to secure the intellectual property surrounding its key beverages. It is also likely to offer Monster a faster route to innovation new product introductions.

In late December, Ingredion Inc. announced the $400 million acquisition to acquire TIC Gums, a leading provider of advanced texture systems to the food and beverage industry. The transaction was highlighted by Ingredion to be very strategic in nature, extending Ingredion’s capability into on-trend texture development by offering its customers more solutions in organic and clean-label. It also enables TIC Gums to expand more easily and rapidly, backed by Ingredion’s global footprint, and closes the chapter on more than 100 years of the company’s private ownership.

In August, months before its December Capsugel acquisition announcement, Lonza Group announced the acquisition of InterHealth Nutraceuticals Inc., a leading manufacturer of nutritional ingredients for the dietary supplements industry. At up to $300 million in purchase price and approximately 10 times last 12 months’ EBITDA, the transaction price was in line with healthy, growing companies within the VMS space that have traded hands in recent years. The transaction compliments Lonza’s current product portfolio and is expected to be immediately accretive to earnings. The transaction also marks another win for Kainos Capital, the Texas-based private equity firm that acquired InterHealth in 2014 and has seen a succession of portfolio company exits in recent months.

In May, Clorox Company announced the acquisition of Renew Life for approximately $295 million. This transaction may appear a departure for Clorox, most widely known for its bleach products, but it also owns the healthier and more sustainably positioned Burt’s Bees and Brita. The Renew Life transaction fits well with the company’s stated strategy of finding an appropriate platform for growth in the health and wellness category. Clorox has been on the hunt for some time for such a brand, and in Renew, the No. 1 probiotic brand in the natural channel, Clorox appears to have found that right platform and expects a great future for the digestive health company under new ownership.